MARY ASQUITH only made one album ‘Closing Time’. Mary was known as the ‘Queen of blues and folk’ in the Manchester area during the seventies and eighties.

Steve Heap (Mrs Casey Music agency & Music Festival Promoter) said he would “walk bare foot across burning coals” to obtain a CD version of this album! It is a truly brilliant album which showcases Mary’s songwriting talents and that fabulous, whisky soaked voice.

Mary’s version of Dylan’s ‘Just like Tom Thumb Blues’ is stunning. She is backed by Barbara Thompson on tenor sax and Simon Prager on slide guitar.

Take a listen, it will get the hairs on the back of your neck dancing! Mary’s beautiful song ‘Closing Time’ has been recorded by many other artists including BBC radio Two’s Mike Harding.

Preview songs from this album

MIRIAM BACKHOUSE  is based  in South Africa and tours the UK regularly.

for dates as they come in.

The CD reissue of  the brilliant album ‘Gypsy Without a Road’ is still available with two added live recordings. (MUM1203 -£11).

Preview songs from this album

Their debut album “Moddan’s Bower” (MUM1205) features the superb Ian Sinclair song ‘The Kings Shilling’ which has been covered by over a dozen singers including James Taylor.

Preview of ‘The Kings Shilling’ 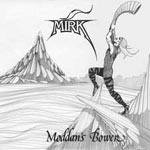 sending...
We use cookies to ensure that we give you the best experience on our website. If you continue to use this site we will assume that you are happy with it.OkNo ThanksPrivacy policy